Fearless, ruthless and uncommonly lucky, Norwich schoolboy Philip Fletcher Fullard DSO, MC, AFC was one of the greatest fighter aces of the First World War. Relatively unknown and overshadowed by the likes of Ball, Bishop and McCudden, Philip Fullard was one of the highest scoring fighter pilots of WW1 being credited with a final score of 46. Many would have considered this score on it’s own a remarkable achievement, but what made it even more so was the fact that he achieved it in just six months, a period which included leave and a bout of sick leave. However his run of victories was finally brought to an end, not by an enemy bullet, but by a football injury acquired during a match just three days before the start of the battle of Cambrai in November 1917. 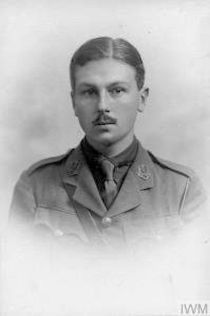 Fullard was born on the 27th May 1897 at Merton Hall Road, Wimbledon, Surrey to parents Annie and Thomas Fletcher. The family moved to Norwich sometime after 1901 where Philip Fullard was educated at the Norwich Grammar School – later to be renamed Norwich School. Fullard developed an active enthusiasm for sport while at school, captaining both the hockey and football teams. It has been rumoured that whilst at school, or shortly afterwards, he played for the Norwich City Football Club reserve team; subsequent enquiries indicated that the Club have no record of Fullard playing for them.

He enlisted in the British Army in 1915 and, initially, served with the Royal Irish Fusiliers.  As with many other ultimately successful airmen Fullard sought and received a transfer to the Royal Flying Corps (RFC) in 1916, receiving training at the School of Aeronautics at Oxford and then at Netheravon and Upavon.  He received his pilot’s certificate in the December of that year and went on to initially serve with the RFC in the capacity of flight instructor at Upavon. Fullard finally, in April 1917, achieved his desire for active combat with a posting to 1 Squadron on the Western Front in , the month of the highly successful Allied attack at Vimy Ridge.

At 20 and just two years out of school, he was already a combat veteran whose lethal record of success belied his boyish features. In a whirlwind five months tour on the Western Front, the prize-winning Norfolk scholar was becoming one of the rising stars of the Royal Flying Corps with 28 victories to his name and a Military Cross and Bar to add to his academic and sporting achievements.

Since joining No 1 Squadron at Bailleul in May 1917 as an already accomplished pilot with a penchant for performing stunts his career trajectory had been upward all the way until one day in September 1917 an act of folly very nearly proved fatal. It resulted in Fullard damaging blood vessels in one eye while out flying, brought on by his frustration of experiencing a fruitless chase above the war-torn battlefield in his Nieuport Scout, At that moment, he decided to make up for the lack of adrenalin-charged excitement with a little test of his own – as he explained:

“……..I thought that for an experiment I would see what would happen if a Nieuport was put out of control with the engine full on, so, letting go the controls, I waited. The machine fell 12,000 feet in a diving spin at great speed, when suddenly I felt an intense pain in my head and found I could see nothing at all. I thought I had been shot, and, managing to make the machine fly level at a slow speed and, after what seemed a long time, I began to see very indistinctly with one eye the blurred outline of white objects. I picked out the white cross on the aerodrome and landed safely, still in great pain in the eyeballs and quite blind in one eye………”

The resulting temporary blindness kept him away from the fray for much of the next month and it was this self-inflicted near-disaster which accounted for the presence, for the first time among his flying kit, of a pair of goggles. Until that spectacular brush with catastrophe, he had preferred to fly his wind-buffeted, open cockpit fighter, without any protection for his eyes and preferring nothing to hinder his sight of the enemy.

Though not of his choosing, the change to his flying face attire made no difference to his run of success in the warring skies above the embattled troops slogging their way across the Flanders bog below. The bitter fighting around Passchendaele showed no sign of letting up as Philip Fletcher Fullard made his way back to his fighter squadron after a month’s enforced rest.

He lost no time in continuing his amassing of a highly impressive aerial victory tally. During the four weeks following his return at the end of September 1917 he was as consistent and courageous as ever, equalling his best monthly return of his short combat career with five enemy aircraft destroyed, six shot down ‘out of control’ and an observation balloon ‘deflated’. All 40 of his overall total score of successes were achieved between May and November 1917. It was a performance which confirmed his status as one of the leading ‘aces’ of the British air services and would help to make him the highest-scoring Englishman to survive the First World War – flying Nieuport aircraft to great effect.

Such was his prowess that he briefly gained celebrity status when a reluctant high command bowed to media pressure and identified him, together with the legendary James McCudden, as one of the nation’s ‘Air Stars’.

That much was certainly true, along with his character traits which went unmentioned at the time but contributed to Fullard’s remarkable record as a fighter pilot, namely his: fearlessness, ruthlessness and self-confidence bordering on arrogance which, when allied to his supreme mastery of his flying machine, made him the most formidable of adversaries. Interviewed years later when he was in his 80s, his past self confidence, and probable arrogance showed through once more when he scoffed at the romanticised image of the first war in the air as a courtly joust between devil-may-care aviators portrayed as latter-day knights.

“I don’t think it existed,” he declared. “You couldn’t have operated like that……”. Clearly, his approach to aerial combat was also decidedly unsentimental. “I just felt I wanted to survive,” he said, “and the best way of doing that was to kill the other fellow.” By way of an example he recalled an early morning clash that took place some 2,000 feet above the shell-churned wilderness in October 1917 and at the height of the Passchendaele offensive. Having manoeuvred close beneath the tail of an enemy two-seater, he proceeded to shoot it up “properly”, as he put it. With the rear gunner seemingly silenced and the aircraft at his mercy, he then decided to change the ‘drum’ on his machine-gun which entailed him having to hold the joystick with his knees while he fumbled to replenish his ammunition. “Suddenly, the observer in the machine that I thought I had dealt with………came to life again and fairly shot me up properly”…….”The burst of fire ripped through my flying coat, punctured the oil tank, ignited a supply of Verey lights and, as I turned to look, tore off my goggles *#!”. Fullard’s reaction was anything but chivalrous. “I had no qualms about going down again and shooting him to pieces,” he said. “I mean, I wasn’t going to be insulted in that way……..I shot him down and he was seen to fall in flames quite close to the lines.”

The combat over Moorslede which resulted in his 37th aerial victory also illustrated another – arguably the most valuable if intangible of all – of his many virtues as a fighter pilot – it was his extraordinary good fortune. He was not one to carry a “good luck token” on any of his sorties and it was his enviable claim to fame within the squadron that he never lost anybody “who was flying with me in any formation, whether it was six, 12 or two aircraft”……..“As to my own machines,” he recalled, “I changed……two or three times because they were shot up but I was never shot down. Including the eye thing, I had to come down five times for one reason or another…….twice just behind the lines. Once, upside down and once, in a shell-hole…… and I don’t think I ruined machines except on one or two of these occasions.”

However, his greatest stroke of luck came not in the air but on the ground. On November 17, 1917 he suffered a compound fracture of his right leg while playing football for his squadron against a team from an army battalion resting nearby. The 20-year-old patrol leader, who had escaped serious injury in countless combats during 250 hours of flying over the battle zone, was carried off to hospital never to return to front-line action.

“This happened immediately before the Cambrai offensive,” he later wrote, “so that I was very hurriedly evacuated to England to make room for the expected casualties…….Perhaps owing to this hasty move, my leg refused to set properly and, after seven attempts had been made, it was eventually plated more than a month after the fracture.”

The injury denied him the opportunity to add to his score of 46 victories, all of them achieved with No 1 Squadron within the space of a little under five months, but in all probability saved his life. Whereas many another great aces fell victim to the unrelenting strain of combat in the final year of the war, Philip Fullard recovered, albeit slowly, to take on the less glamorous but less hazardous role of an area flying examining officer. His venturesome war ended in Yorkshire as a 21-year-old major with a Distinguished Service Order, a Military Cross and Bar and just one big regret – that he had not been awarded the Victoria Cross for which he had been cited in the autumn of 1917 when his flying career was at its zenith. Though other awards came his way during a distinguished career spanning more than three decades the absence of the VC was to rankle with Fullard for many years after the First World war was over. Speaking about it in the late 1970s, Norfolk’s most successful fighter ace, still remembered being shown a copy of the rejected recommendation after it had been returned to the squadron adjutant. Scrawled across it in crayon was the brigade commander’s comment:

“Make him get some more.”

Despite Fullard’s disappointment at the time, he still elected to remain with the Royal Air Force, eventually reaching Air Commodore rank and serving once again during the Second World War (including a period as Duty Air Commodore at HQ Fighter Command); he eventually retired on 20 November 1946 at the age of 49.

Fullard, who won both the Distinguished Service Order and the Military Cross (with Bar) in 1917 and was in later years awarded the CBE, died on 24 April 1984 at the age of 86. 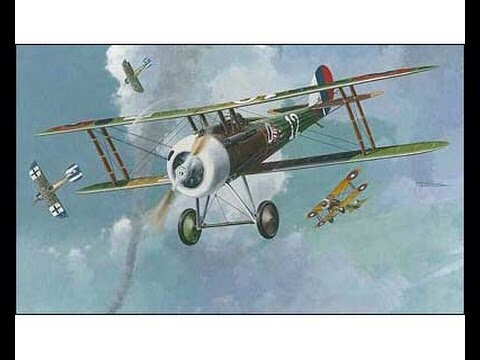