The Norfolk Broads may look natural, but they are a man-made phenomenon, the result of inundated peat diggings. Amazingly, this fact was not realised until the 1950s, when Dr Joyce Lambert’s research revealed that the sides of the deep lakes were vertical and not gently sloping as would be expected of a naturally formed lake. This, coupled with the historical evidence of peat demand for fuel, proved irrefutable. Another clue was that the area’s names are not Anglo-Saxon or Norse. They are named after people or landmarks, meaning they originated later.

Imagine a time where there are no mod cons, no electricity and certainly no mechanical diggers – just man power and a need to survive in what would have been difficult and unforgiving times. By the time of Domesday, around 1086, East Anglia was the most densely populated part of Britain, with a prosperous economy founded upon a stable agricultural regime. At this point, water levels in the Broadland estuary would have been sufficiently low to enable widespread exploitation of the wetlands, but very little wood was to be found on the Broadland uplands and much of the remaining floodplain woodland would have already been cleared for timber and particularly for firewood. Peat cutting, or ‘turbary’ provided a readily available alternative.

Peat extraction was a very hard and unpleasant task; the deeper, more compacted peat has a higher calorific value and is a superior fuel to that unearthed from the surface layers, but the effort of cutting blocks of peat from pits which were constantly filling with water would have been enormous.

Some people would have been cutting fuel for their own individual domestic consumption, however much of the peat, or ‘turf’ was likely to have been from demesne turbaries, which were owned by the church or by the manor. The peat produced in these turbaries was sometimes used within the manor or priory, but a large proportion was sold.

The decline of the peat cutting industry

Wage labour was used, but for the most part the turbaries are likely to have been worked by bond tenants as part of the mandatory labour service owned to the lord of the manor. For example, the bond tenants of Stalham Hall in the 13th Century owed their lord 23 days labour per annum in the turbaries, and were likely to have been required to work in the fields in addition to this. Records made in 1328 indicate that the tenants were required to undertake 14 days labour in the pits, or to pay 14d. in lieu. 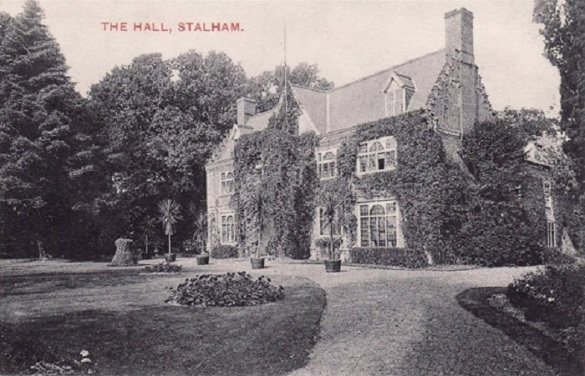 The industry peaked in the 13th Century, but increasing water levels and floods made extraction from the submerged turbaries more difficult, and more costly; by 1350 there were visible signs of decline.

The account rolls for properties held by Norwich Cathedral Priory at Martham date from 1261. Up until the early 15th Century, the Martham turf accounts were made more or less systematically and show annual revenues for turf sales of between 3s. 2d. and 14s. 2d. for the period between 1299 and 1340. From 1341 onwards there was no revenue from turf sales, although peat was still cut for domestic use. In 1349, the accounts show that the cost of producing turves rose dramatically, from a previous 50 year high of 9d. per 1000 turves to 20d. per 1000.

The accounts of the Norwich Priory show that peat was the main fuel in the cathedral kitchens in the first half of the 14th century. Turf consumption began to fall after 1350, although the Priory continued to rely on turf as the main source of fuel until around 1384. After this date, however, other fuels, such as wood, are increasingly mentioned in the accounts, and after 1440 there are no further references to peat as a fuel.

The reasons for this shift are almost certainly economic ones: there was either a greatly increased availability of other fuels which could be more easily obtained, or the cost of producing peat had risen to such an extent that alternatives had to be sought.

Towards the end of the 14th Century, the relative sea level had risen to the extent that the peat workings were being flooded on a regular basis. Where flooding was not too severe, it may have been possible to bale the cuttings, but once flooded, the deep turbaries could not be adequately drained with the technology then available and it was probably nearly impossible to continue to extract peat from the flooded workings in the traditional manner.

Alternative techniques for removing peat from the flooded pits were devised: for example dredging the soft peat, or ‘mora’, from the bottom of the flooded pits and shaping it into blocks. Where there was sufficient labour available, the industry continued for a time on this basis, however the impact of another factor meant that this labour was no longer in cheap, and plentiful, supply.

The advent of the plague

Bubonic plague, otherwise termed the ‘greate death’, because it affected everyone, whether rich or poor, young or old, arrived in England by ship in June 1348. ‘Black Death’ was a later name for the disease, thought to refer to the dark swellings, or ‘buboes’ at the lymph nodes. Those infected with the disease died within 4 days of detecting the first signs of swellings in armpit or groin. 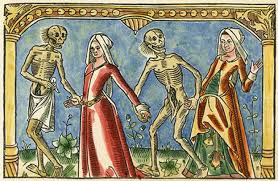 Others were inflicted with the pneumonic form of the disease, which affected the lungs. In either case, very few recovered. Within 18 months of the advent of the plague, almost half the population of the country was dead. It is impossible to comprehend the scale of the personal devastation and panic which would have swept the country.

Food shortages caused by famine may have exacerbated the impact of the plague, with perhaps a higher mortality rate among the famine-weakened population than might otherwise have occurred. East Anglia was seemingly particularly hard-hit by plague, perhaps because of the high population density. A prayer in the church of St Edmunds in the market town of Acle, written by the rector at the time, refers to the “brute beast plague that rages hour by hour”.

In the months following the first outbreak of plague, houses would have been empty, crops stood unharvested in the fields, and animals were left untended; the workers who undertook these tasks struck down by the disease.

The impact of the Black Death

Corresponding to the first outbreak of the plague the peat cutting industry seems to have undergone a rather sudden decline, even thought the natural resources of Broadland was by no means close to exhaustion at this time and large tracts of uncut peat fen still existed in many of the river valleys.

It is possible that some of these surface resources were not exploited because of ownership constraints or because there was some other significant and conflicting economic use of the land, for example reed or sedge cutting. However, because of the enormous scale of the peat cutting industry, the value of the excavated peat, and the rapidity of the change, it is probable that there was some more substantive factor which caused the decline.

The decline in the peat cutting industry almost certainly had its underlying cause in natural phenomena, but these were greatly exacerbated by the changing economic and social circumstances which came about as a result of the Black Death.

A major impact of the plague was severe labour shortage and because of this between 1350 and 1500 average wages in England rose dramatically. The economic impact of this on peat cutting, which was labour intensive, was devastating. While it would have been possible, if less economically viable, to continue to excavate peat in the face of rising sea levels and increased flooding by more labour intensive methods such as dredging the wet peat and shaping it into blocks, the loss of almost half of the labour force would have rendered any labour intensive tasks unworkable, and moreover, many of those who organised and supervised the work were dead.

The plague shifted the balance of economic power in favour of the workforce: labour became scarce and it became increasingly difficult to coerce the peasant classes into carrying out their traditional tasks on behalf of the manor. While not the single most important factor in the decline of the peat industry, the plague certainly reduced the economic viability of peat extraction from the deep cuttings to a point where it was no longer possible.

Peat continued to be cut from surface deposits on a smaller scale until the beginning of the 20th Century to supplement, and locally to replace, firewood as a source of fuel, but the deeper turbaries were never again exploited, and the industry which was instrumental in creating the Broadland landscape we know today was never fully revived.

One thought on “A Tale of Norfolk Peat Cutting”