In 1485, the first Tudor king did something unusual: he invited a new wave of lowborn henchmen to England’s court. What they lacked in breeding, these men made up for in talent. Sir Thomas Lovell was one of them!……..

In 1497 Perkin Warbeck, the pretender to Henry VII’s throne, claimed that the Tudor king had “none in favour and trust about his person” but men “of simple birth”, whose advice led him into “misrule and mischief”. In some respects, Warbeck – who was hanged by the king after attempting to raise a rebellion – was wrong for Henry did, in fact, take counsel from great churchmen and trusted nobles. But, for all that, there was more than a kernel of truth to Warbeck’s allegations. Henry was increasingly relying on a group of ‘upstart’ advisers who had used their considerable skills to rise to the top of the political ladder from comparatively humble origins. In doing so, the King was transforming the way his nation was governed.

Collectively these men, by their ideas and actions, gave Henry’s Government much of its distinctive tone as he sought to re-establish stability following a Civil War that had brought him – ‘a claimant with mere dribbles of royal blood’ – to the throne.

Many of these so called ‘upstarts’ were lawyers who stressed the need for the king to secure “good governance and rule” through “true justice”, thus imposing his power, through the law, on to even the greatest of his subjects. They met this aim by relentless work on local commissions of the peace and in the King’s Council. Many others had financial skills, which were useful in developing the machinery by which Henry more than doubled the crown’s income over the course of his reign. They raised money from crown lands, customs on trade and more efficient taxes. They helped Henry spend it in ways that enhanced his power: magnificent building and pageantry, diplomatic alliance-building and, when necessary, war. They also had the ruthless skill and the absolute loyalty to the king to enforce his control over those he did not trust. From gaol-keeping and treason trials to the network of financial penalties in which Henry tied up many of his subjects to ensure their obedience, these new men were the agents of the King’s control.

What was worse for some, however, was that these men prospered while others squirmed. When Henry died in 1509, resentment boiled over and two of his “henchmen”, Edmund Dudley and Sir Richard Empson, were arrested and executed. But many of their colleagues were to remain at the heart of the new regime, working with Henry VIII and Cardinal Wolsey to build an ever stronger Tudor state – not least amongst them was Sir Thomas Lovell! 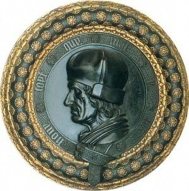 All the new men (above) were versatile, but few ranged as widely as Thomas Lovell (c1449–1524). He was a Lincoln’s Inn lawyer from a minor Norfolk gentry family. Throughout his career he was active in seeing that justice was done and travelling around a large part of England to oversee the activities of the justices of the peace. He co-ordinated royal income and expenditure as treasurer of the chamber and chancellor of the exchequer. He was a diplomat and a courtier, managing court finance as treasurer of the household and marshalling the crowds at the wedding of Henry VII’s son Prince Arthur and Catherine of Aragon in 1501. He took charge of state prisoners as lieutenant of the Tower of London. He even tidied up history for Henry, organising the building of Richard III’s tomb and Henry’s memorial almshouses at Westminster.

At court and in the counties Lovell was also the supreme networker and leading noblemen and bishops valued his friendship. His wife was close to the queen, Elizabeth of York. The king stayed regularly at his palatial home, Elsings in Enfield, where his 89 servants in their light tawny orange livery coats served up well over a thousand gallons of wine each year. Sir Thomas was also the acknowledged patron of those who governed a string of Midlands towns.

Three Lord Mayors of London attended Lovell’s funeral and the grocers’ company was to keep his portrait in their Hall decades after his death. Lovell was also a thoughtful promoter of university-educated clergy.

His connections equipped him to serve the king. A list survives from 1508 of those sworn to fight in Lovell’s retinue, a force 1,365 strong. They were the leaders of small town and village society, yeoman clothiers from Halifax, mayors and churchwardens from Walsall, rich farmers from Oxfordshire. Lovell’s links with them gave him and the king the grip on local affairs they needed, not just to raise an army, but to build a stronger regime.

Lovell had no children, but his masterful marriage-broking and the careful division of the lands he had bought ensured that his nephews and nieces remained entrenched in the Norfolk gentry and also the Peerage.

With the exception of his involvement in Lincoln’s Inn from 1464 to around 1482, little is known of the early life of Thomas Lovell. He played a part in the rebellion of the Duke of Buckingham against King Richard III (1483), most likely with the Marquis of Dorset, stepson of the late King Edward IV (hinting that Lovell once loyally served the house of York but, like many others, did not approve of Richard III’s usurpation of the throne from Edward IV’s young son). When Henry Tudor invaded England in 1485 with intentions of deposing Richard III and putting himself on the throne, Lovell threw his support behind the obscure Welsh claimant and fought for him at the Battle of Bosworth Field, where Richard III was killed and Tudor was subsequently crowned as King Henry VII. During the new regime, Lovell was one of Henry’s most trusted and competent advisers, serving in political, financial and military affairs. He was speaker of the House of Commons; successively treasurer of the king’s chamber and household; and he fought at the Battle of Stoke (1487) and at Blackheath (1497). As a reward, Lovell was created a Knight of the Garter (1500). During this time period Lovell was also able to build up a fairly vast fortune through salaries from his many offices and brought economic and political stability to the realm through his work with numerous other councillors. Lovell remained a highly influential figure into the reign of Henry VIII, where he continued to serve as a councillor, financial reformer and military strategist (playing a part in the French expeditions). By this point, Lovell was slowly retiring from public service but still sporadically participated in governmental affairs right up to his death in 1524 as a man of over seventy.

Sir Thomas Lovell is a minor character within Henry VIII. He is present at Buckingham’s trial and execution and at the festivities at Wolsey’s palace. Later in the play, Lovell is accosted by Bishop Gardiner while he is on his way to inform the king that Queen Anne is in labour but may not survive the birthing process. Gardiner, in turn, claims that he wishes the child well but hopes Anne perishes; he also condemns two of the king’s primary advisers, Thomas Cromwell and Thomas Cranmer. In reality, Lovell died in 1524, nine years prior to Anne Boleyn giving birth to Princess Elizabeth and most certainly before either Cromwell or Cranmer came to anything close to a place of power. It is unclear why Shakespeare chooses to use a dead man in this situation when any other living person could have easily been substituted.

Sir Thomas was second son to Sir Ralf Lovell of Barton Bendish, Norfolk, and had joined Henry Tudor as an esquire during his exile in France. He fought at Bosworth (1485), when Henry landed on the south coast with a couple of thousand French mercenaries and a few Lancastrian knights, gathering more support on their way north. Richard III was slain, and the battle was ended amidst Yorkist treachery and desertion. Lovell also fought at the battle of Stoke in 1487, when the pretender Lambert Simnel, already crowned King of England in Dublin by his supporters, was finally routed, and the Tudor dynasty was safely assured. Lambert Simnel is said to have attended Sir Thomas’s funeral in 1525, as he was the last survivor of Stoke, although they fought on opposite sides. Lovell was knighted by Henry VII for his prowess. His elder brother Sir Gregory was made bannerette at Stoke as well.

He entered Parliament as M.P. for Northamptonshire in 1485, presumably with a great reputation already, for he became Speaker of the House of Commons from 1485-88. He was still a plain esquire, not being knighted until 1487. In 1485 he was also appointed Chancellor of the Exchequer for life, with an annuity . Later he had many court appointments – among them as President of the Council in 1502, and Constable of the Tower in 1509. During his lifetime he was one of the most powerful men in the country, a confidant of and advisor to the king. Sir Thomas was made K.G. in 1498, (his stall plate is on the north side, Stall No. – Henry preferred to use the Garter to reward his closest associates and advisors, creating 37 new Garter Knights.

Lovell built the gatehouse at Lincoln’s Inn, placing his own and Henry VIII’s arms on it; and also built East Harling manor, with his arms on that. He endowed a nunnery at Halliwell, near Enfield, and he was buried there in 1524 with his wife, Isabel, daughter and co-heiress of Lord Roos of Hamlake.

Sources:
The article from which much of the content is taken was first published in the October  2016 issue of the BBC History Magazine.
https://www.historyextra.com/period/tudor/henry-viis-hated-henchmen/
https://en.wikipedia.org/wiki/Thomas_Lovell
http://www.historyofparliamentonline.org/volume/1509-1558/member/lovell-sir-thomas-i-1450-1524
https://thehistoryjar.com/2016/12/18/sir-thomas-lovell-tudor-lawyer-and-henchman/
http://www.shakespeareandhistory.com/thomas-lovell.php