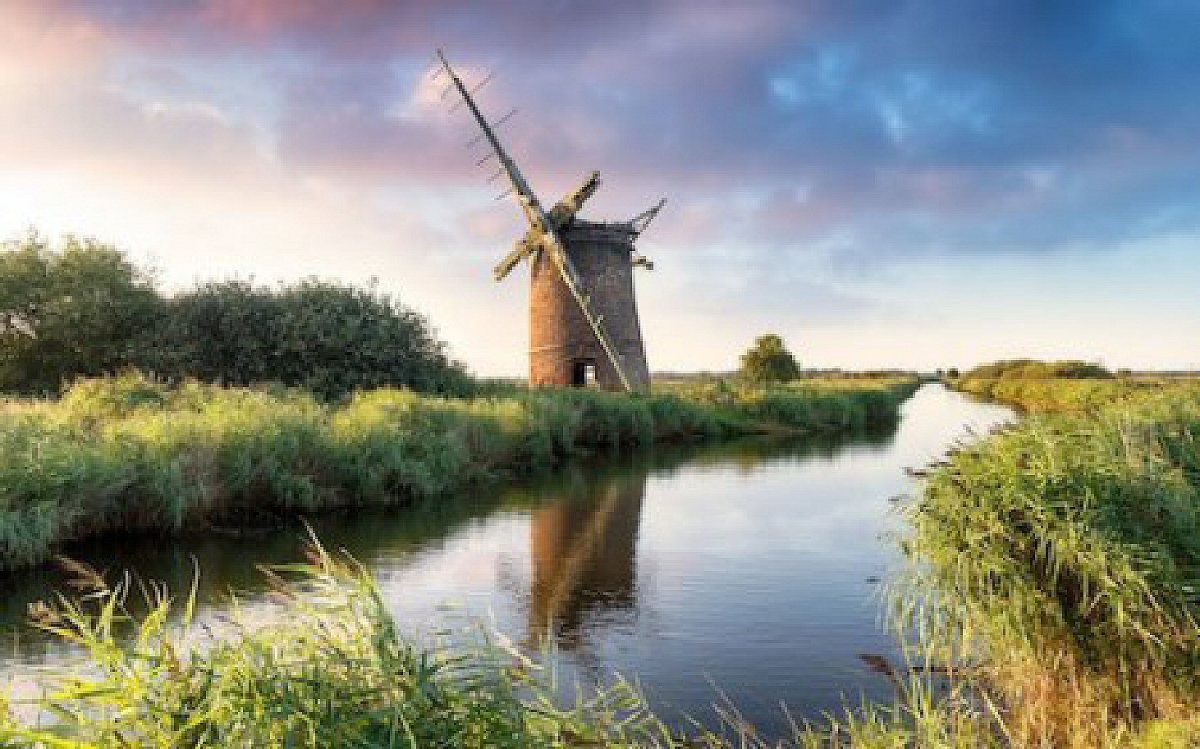 In July 2013, Ian Sansom wrote an article for The Gardian in which he asked: “Is Norfolk England’s most secretive and strange literary County?”; he then continued:

Critics and commentators are always prey to big ideas – the bigger the better, in fact – and so tend to overestimate certain factors in the production and formation of books, preferring to emphasise the influence of some particular social, historical, political, institutional, linguistic or psychological fact or force and to ignore certain others. These explanatory fashions come and go. Thus we currently have cognitive poetics, ecocriticism, and post-colonial theories all being successfully applied to explain various aspects of our national literatures. But as yet – alas – we have no County Theory of English Lit. This is my big idea.

If we were to apply some of the quantatitive methods for analysing literature developed by the great maverick literary theorist Franco Moretti, a map of the UK as a whole adjusted for size according to literary production might produce a hunched, swollen-headed creature with an enormous Scotland, a bulging Northern Ireland, withered limbs, an empty heart, and a vast and protuberant Norfolk.

In popular culture, Norfolk represents nice but naff, a kind of watery, dandelion pleasantness. And yet the literary landscape of this most remote and unassuming of the English counties – just over 2,000 square miles of agricultural land, rivers, fens, towns and forests – is subtly strange and wild. In 2012, Norwich became England’s first and only Unesco city of literature (the others are Edinburgh, Melbourne, Iowa, Dublin and Reykjavik). The title alone suggests the panoramic sweep of the county town’s literary achievements and associations, extending all the way from Julian of Norwich’s Revelations of Divine Love, one of the first books published by a female author, to the UK’s first MA in creative writing, established in 1970 by Angus Wilson and Malcolm Bradbury at the University of East Anglia. An untiring advocate of the joys and merits of his adopted home county, Bradbury figured Norfolk as a place of writing parsons, farmer-writers and sensitive poets: John Skelton, Rider Haggard, John Middleton Murry, William Cowper, George MacBeth, George Szirtes. Bradbury’s Norfolk rather resembles John Betjeman’s, in fact, in whose poem “Norfolk” the lanes “recall lost innocence” – a land untouched by time.

But there’s more to literary Norfolk than the merely bucolic. My own first encounter with Norfolk in literature came in the form of the heroic and crime-solving adventures of Arthur Ransome’s Coot Club, a plucky little gang of boys and girls who live around Horning on the Norfolk Broads, in the Swallows and Amazons series of novels, a world as far from my own upbringing as was imaginable. For me, Norfolk became a place of fantasy, derring-do and detection – a place of mysteries and obscurities. In perhaps her greatest novel, Devices and Desires, (1989) PD James sends off the lugubrious Adam Dalgliesh to a fictional remote Norfolk community, Larksoken, somewhere on the coast between Cromer and Great Yarmouth, where he has inherited a windmill – but of course! – and is on the trail of a serial killer known as the Norfolk Whisperer. James dwells not only on the conflicts between the people of Larksoken but also on the continual interplay between sea and sky, where the “never-ceasing moaning of the tide” can be forever heard below lowering clouds. Norfolk-based writer Henry Sutton explores similar dark territory in his novels, which one might describe as droll Norfolk gothic. Sutton’s Bank Holiday Monday (1997) should be required reading for any middle-class couples considering renting a holiday home in Norfolk this summer. Ditto Ali Smith’s characteristically odd, delightful and polysemic The Accidental (2005).

Even more off-putting and alluring is WG Sebald’s The Rings of Saturn (1995), where the mysterious narrator begins the book in a “state of almost total immobility” in the Norfolk and Norwich hospital, and so begins to write his great account of his wanderings through East Anglia. His memories and musings begin with a lengthy discourse on the fate of Sir Thomas Browne’s skull. In Sebald, Norfolk is never the focus but rather the beginning of a digression.

There are writers, however, who have made the county explicitly their subject. The excellent Ruth Galloway series of crime novels by Elly Griffiths are all set in Norfolk, with Galloway, the head of forensic archaeology at the fictional University of North Norfolk, digging deep into Norfolk’s past to solve the crimes of the present.

But perhaps the Norfolkest of Norfolk novelists, the Norfolkiest of them all, is DJ Taylor. Born in Norfolk, living in Norfolk, often writing about Norfolk, Taylor has waged a one-man campaign against smug, shiny literary metropolitanism since his first non-fiction book ‘A Vain Conceit’: British Fiction in the 1980s (1989). Proud to be a “provincial” writer, in his novel Kept (2006) Taylor begins with a bravura passage describing his home county: “A land of winding backroads and creaking carts and windmills, a land of flood, and eels and elvers and all that comes from water, a land of silence and subterfuge, of things not said but only whispered, where much is kept secret which would be better laid open to scrutiny.”

In my own new novel I hope to contribute in some small way to the subterfuges of what may be England’s most secretive literary county. My protagonist, Swanton Morley, is named after a Norfolk village. Morley lives in Norfolk, in a house called St George’s – which I suppose is intended to suggest all of England. The novel is titled simply The Norfolk Mystery in honour of the many hours of dark-bright pleasure that the county and its writers have given me. “Do different” runs the Norfolk motto: I have done my best.

Ian Sansom’s ‘The Norfolk Mystery’ was published by Fourth Estate.