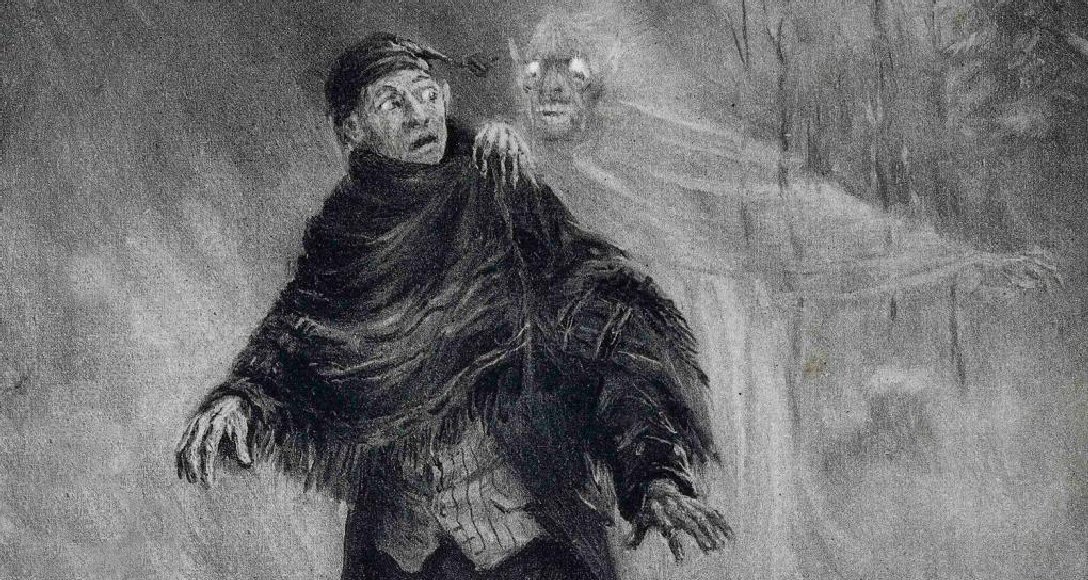 Just the other side of Acle, on the old road leading to Thurne, Caister and beyond, there is a single-span bridge over the River Bure; naturally, as one would suspect, it is called Acle Bridge.

This single-span bridge is just the latest of several bridges which have been on the site since 1101; it was only built in 1997. Our tale is not concerned with this version, nor with its immediate predecessor, built in 1931 which had two piers supported on oak piles driven into the river bed. This wooden structure replaced a hundred year old three-arch stone bridge built in the 1830s. This tale is only concerned with the three-arched stone bridge, however, please do not dismiss the 1931 or the 1997 bridges that followed this one!

It used to be said that if you found yourself on the stone Acle bridge on 7th of April, you would discover a pool of blood, which would not have been there the night before. That was so true then, when the tragedy happened – and it remains true today on the present bridge – remember, you have been warned not to dismiss it lightly! Now for our tale:

John, or it might have been Joshua, Burge was a corn chandler. For those not from these parts, a corn chandler was a person who dealt in corn and meal. Burge lived with his wife and children in a house close to the three-arched stone bridge at Acle and was known as a man who cheated on his customers, beat his wife and starved his children. So it will come as no surprise that, eventually, he went too far when he killed his long suffering wife. His subsequent arrest was a straightforward affair, such was his track record regarding his business affairs and relationships; plus the fact that too much evidence existed about his assaults and the killing for which he was taken to gaol in Norwich.

It followed that the legal profession brought Burge to trial for his wife’s murder but, such was his wickedness and cunning that he managed to secure himself an acquittal. You see, he had managed, somehow, to bribe the local doctor to say that his wife had died of a heart attack. It would seem that a doctor’s evidence in court at that time carried more weight than the evidence of bruising and contusions to a body. Discolourations as would have been made by a length of pipe that was discovered behind the cabinet in Burge’s kitchen. But, whatever the state of his wife’s body Burge was, in short, declared innocent of her murder and released – yes, quite unbelievable isn’t it!

However, this tale does not end there. The wife had a brother who on hearing of Burge’s acquittal, decided to plan for and hand out his own form of justice on his brother-in-law for the death of his poor sister. So, on the 7th of April as it turned out, he lay in wait on the bridge at Acle for Burge, having concealed a butcher’s knife, his chosen weapon, inside his jacket; he had also planned for his subsequent escape from the scene. The position of the brother-in-law on the bridge was over its central arch and he knew that Burge, who was in Great Yarmouth that day on business, would pass by on his return late that same evening. In the event, everything turned out as anticipated and planned for. Burge did indeed walk across the bridge at a late hour and towards his assailant who leapt up and wrestled Burge to the ground. There, having pinned him firmly to the bridge’s flagstones and taken out his huge butchers knife from inside his jacket, cut Burge’s throat from ear to ear – no half measures! 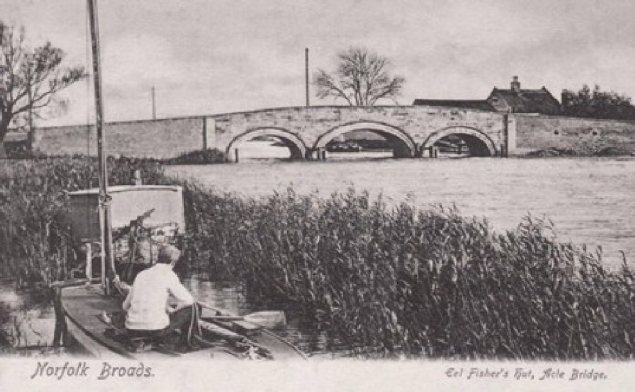 Burge’s blood gushed out spraying the brother and the stonework of the bridge, before finally coming to rest in a pool around what was then a dead body. Realising that the police would probably suspect him of the deed, the brother-in-law carried out the next stage of his plan by making his way to Great Yarmouth and boarding a ship that would take him away from Norfolk’s shores. Whilst all this turned out fortunate for the murderer – it was not so for a Jack Ketch who, following the discovery of Burge’s body, was accused by the police of the murder. This man had been cheated by Burge in a business deal and had been overheard threatening to get even. Mainly on this evidence, Ketch was tried, convicted and sentenced to hang. 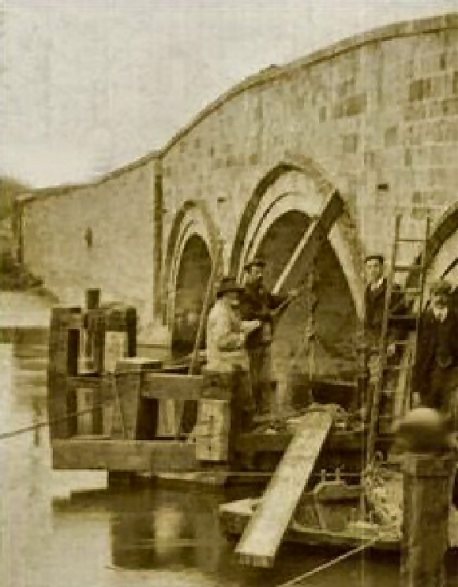 Some years later, Burge’s real killer returned to England and pretended surprise upon hearing of his brother-in-law’s (Burge) death; no one was the wiser to this deception. Then, as the anniversary of his killing of Burge arrived, his deceptor and brother-in-law, had an irresistible urge to visit Acle Bridge again – the scene of his dastardly deed. This was on the very night where, exactly 12 months previously, he had sliced through the sinews of Burge’s throat. It was this image that began to haunt him as he stood above the bridge’s central arch, peering over its side into the murky waters below. As he did so, a ghostly figure materialised from of nowhere it seemed, a figure that was more of mist and marsh fog than flesh and bones. It drifted silently towards him! 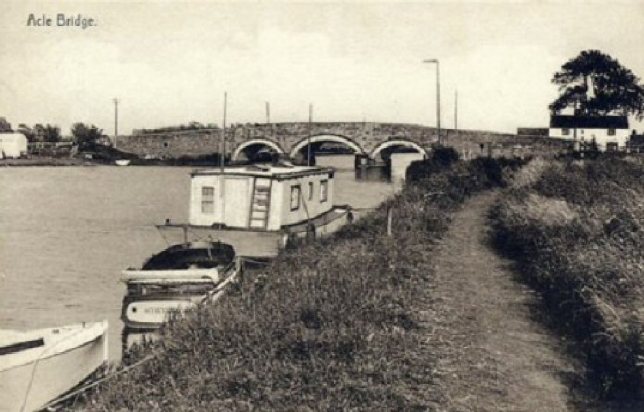 The next morning the townsfolk found a body dangling over the side of the bridge with a rope around what remained of his neck which had been severed as if by a large butchers knife. Some say the shadowy spectre was that of Burge, others that it belonged to the innocent man, Ketch, who had been hung for Burge’s murder. Either way, on the anniversary of the original murder, a pool of blood from one or other of these two victims appeared, and continues to appear each 7th April since – for it never did confine its appearance to the old three-arched bridge long gone. So, if you choose to go there on the 7th inst, by all means look out for the pool of blood but, just be alert if you are ever tempted to glance over the bridge rail to the murky waters below – you could possibly find yourself in a very precarious situation!