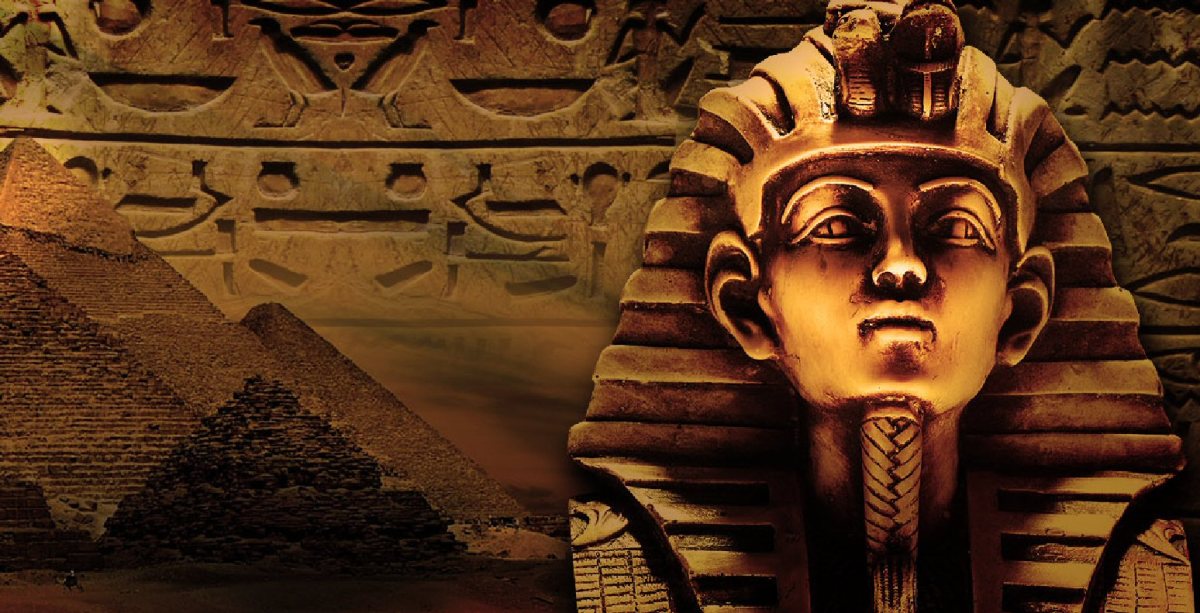 Is this the time to re-open the discussion as to whether the opening of ancient Egyptian tombs can bring forth misfortune and death?

It has been said that on one particular stormy night in 1965, the local police constable was on his beat, cycling around a remote part of the Breckland region in Norfolk. It was bitterly cold that night, made worse by a harsh wind that made cycling extra difficult when it blew the occasional shower of rain across the PC’s path.

At 10.50 pm that night, the constable stopped, consulted his watch and estimated that he should complete his beat sometime before midnight; this estimate taking into account the occasional cigarette and an inevitable natural break. The smoking element would, of course be breaking the rules, but what the hell! No one ever seemed to be around in this remote part of Norfolk, so there was little chance of anyone reporting him. As he shielded himself from the wind and lit up, cupping the match’s flame to prevent it blowing out and also stopping its glow giving both his position and actions away to anyone who may happen to be nearby, he heard the sound of a distant bell. He took his first drag at the same time as becoming even more conscious of that bell’s curious and continuously monotonous ring. Puzzled, and with a growing feeling of uneasiness, he realised that the bell’s sound was coming from St Michael’s church at Didlington Hall, just a short distance away as the crow flies, but very much longer by road. Who on earth would be  ringing it at such a late hour? With that thought, he stubbed his cigarette out on a tree trunk, flicked it away into the darkness and set off in the direction of the church – all part of a constable’s duty they would say! The single, monotonous bell ring continued, even when he eventually reached the churchyard gate via a circular route round the site of the once proud Didlington Hall. After dismounting at the gate, he stood there, trying to decide whether or not to enter the church………!

At this point we should pause the tale of the police constable experience that night and go back some thirty years before that night, in 1965, when he heard that bell; in fact, to the 1920’s. That was when everyone seemed to be enthralled by a particular discovery in the Valley of the Kings, near Luxor on the west bank of Egypt’s river Nile. It was there, on the 4th November 1922, that Egyptologist and archaeologist, Howard Carter, discovered the tomb of the boy pharaoh, Tutankhamen, after six years of failure to locate his burial chamber. This discovery received worldwide press coverage and sparked a renewed public interest in ancient Epypt. The clearance of King Tut’s tomb, with its thousands of objects was to continue for the next ten years or so. But it was shortly after his discovery when Carter decided to retire from archaeology and tour the world to give lectures on his remarkable finds.

Now, the one thing which Carter refrained from discussing, following the opening of the tomb, was something which, perhaps, he found too preposterous or even ridiculous to ever to discuss – Curses! Yet, others did warn him of the consequences of not only opening the last resting place of the boy King, but also the despoiling of his tomb. There is an enduring myth with regard to the opening of Tutankhamen’s burial place, it is that an ancient curse was placed upon all who were present when the labelled ‘grave robbers’ entered the inner chamber and looted the contents – All would die! Of course, to Howard Carter or indeed to the other rationally minded, such notions were absurd, pointing out the fact that most of those present at the opening of the tomb went on to live long, healthy lives.

Carter lived to a relatively decent age of 64 years. Indeed, no curse was actually found inscribed in the tomb of King Tut, and the evidence for any curses relating to him is considered to be so scanty that it is viewed by almost all Egyptologists as unadulterated ‘clap-trap’. But, take care! Although no curse was found inscribed in King Tut’s tomb. there have been other discoveries of Egyptian tombs where curses have been found – in particular, at Saqqara near the ancient capital of Memphis. There, the tomb of Ankhtifi, dating from the 9th-10th Dynasties, contains the warning “any ruler who……shall do evil or wickedness to this coffin my Hemen (a Falcon God) not accept any goods he offers, and may his heir not inherit” The tomb of Khentika Ikhekhi, 9th-10th Dynasty, contains the inscription “As for all men who shall enter this my tomb…..impure……there will be judgement…….an end shall be made for him……I shall seize his neck like a bird…..I shall cast the fear of myself into him.”

Within three years of the opening of Tutankhamen’s tomb six people, who had been present with Carter, had been murdered. Three died of illness and one committed suicide. Lord Carnarvon, Carter’s financial backer, died on 5th April 1923 after a mosquito bite became infected; he died four months later. His dog, back in England, is said to have howled, whined and died at the same moment as his master. Howard Carter lived for another ten years before dying of lymphoma in London, on 2nd March 1939, aged 64 years. – In short, there were about 11 deaths in the first 10 years of Tut’s tomb opening. With that thought, let us return for a moment to the constable’s experience that night in 1965 and find out what happened after he heard the bell in Diddlington church…….

As the PC entered the churchyard, the bell was still ringing out its melancholy toll, but then it stopped – abruptly; there was no slowing or fading of the clanging; one moment it was ringing, the next – silence! The Constable made his way along the church path towards the south door, his lantern picking out the lines of shadowy headstones. Searching and finding the door key under the mat, he unlocked the door, opened it – and then hesitated. By his own admission, he was fearful about entering the building; something was simply not right!  Instead, from his position, he cast the light from his lamp across the inside of the church, along its empty pews and silent nave to the arch under the tower. There, he saw the bell rope swinging back and forth as if an unseen hand had only then released it. This scared the constable for he sensed that he was not alone; he wanted to be out of the church and away. However, and despite his fear, he had sense to close the church door and lock it before quickly retracing his steps to the gate where he had left his bike. Too distressed to complete his beat, he rode straight home through the stormy night. His wife, on seeing his pale pallor and concerned expression, commented that he looked as if he had seen a ghost. The PC was said to have replied ” Perhaps I have!” Some days later he told an old local man, in confidence, of his strange encounter and was surprised to learn that the moment at which he had heard the church bell tolling was the moment when the last master of Didlington Hall had died.

Built in the 17th century, Didlington Hall was one of the grandest houses in England. It was extensively remodelled in the 19th century in the Italian style and became the home of William Tyssen-Amherst.

William Tyssen-Amherst was a antiquarian and had amassed a vast collection of artefacts, including rare books, tapestries, furniture, works of art, including Egyptian treasures. He was, in fact, best known for his Egyptian collections. His passion for the ancient land led him to leave the running of his Estate to his Land Agent; this proved to be a great mistake. The Agent embezzled to satisfy his gambling habit and in doing so, used up much of Tyssen-Amherst’s assets; the Agent was to take his own life in 1906. possibly to escape the consequences of his actions. It then followed that most of Tyson’s collection had to be sold off to raise funds for his estate. 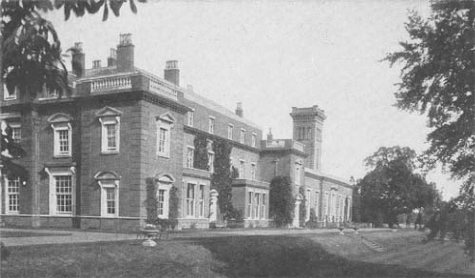 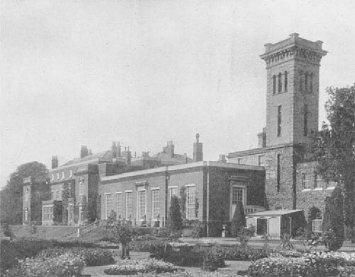 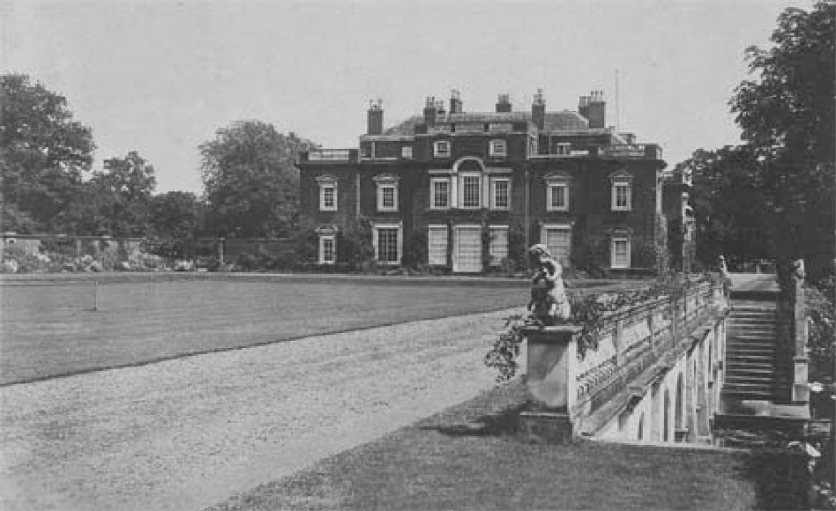 During World War II, Didlington Hall was taken over by the Army and was HQ for General Miles Dempsey, Commander of the British Second Army during the D-Day landings. After peace had been declared. the Hall remained empty because the damage and neglect caused by the period of requisition meant that the building was far beyond economic repair. It was finally demolished in 1952

Coincidentally maybe, one of the regular visitors to Didlington Hall in better past times was Howard Carter; it was where his love for Egypt and his entry into the world of archaeology. The Amhersts provided the contacts which led to Carter’s arrival in Egypt. The Amhersts guided him to King Tut’s tomb.

Interestingly perhaps! Maybe, what the constable heard on that cold night in 1965 was a bell that not only was mourning the loss of the last master of Didlington Hall but also for the Hall itself and its contents, both of which had met the same fate as Tutankhamen’s final place of rest!