The Broads as we know them today were, originally, a man-made accident. They were formed by the flooding of medieval peat excavations which provided fuel to Norwich and Great Yarmouth. As sea levels began to rise, the pits began to flood and by the end of the 14th century, these pits were abandoned and large individual areas of enclosed water were formed. Collectively, they were not known then as Broads and certainly not the Norfolk Broads. That name seems to have gained popularity in the mid-Victorian era, about one hundred and sixty-five years ago; this was when they were ‘discovered’ and promoted by devotees of all things picturesque.

At the beginning of what became the ‘Broads’ brand, the railway had wielded its way across Norfolk and taken much of the carrying trade out of the wherry-man’s hands; eventually to rob him entirely of his livelihood. Victorian pleasure-seekers followed, at first in small numbers to explore the waterways and try the marshland inns during what was, at the outset at least, a short season. Then, as time past, visitor numbers increased so that the Broads, like many other places became overcrowded, a situation which in some people’s opinion was quite detestable!

It seems quite natural for so charming an area as the Broads to have had so much literature written about it. However, George Borrow (5 July 1803 – 26 July 1881) was one writer who, despite having lived for a while by Oulton Broad, did not write anything about the neighbourhood or the Broads – but, there were other less eminent early writers who did. They were the ones who busied themselves in making known the attractions of the flat landscape of the Broads, its slow moving waterways, the peaceful meres, the free shooting and fishing, together with the apparent strange life of the marsh-folk who drained the waterways.

By the late 19th century, luxurious boats could be hired to navigate the waters amongst the clean white sails of yachts, all of which mingled with the dirty brown sails of the wherries on the rivers Yare, Bure, and Waveney. William Dutt, (1870-1939) wrote admirable books about Norfolk and its Broads which were read with great pleasure by those of his time, He knew the country and the people thoroughly, and wrote in a very agreeable fashion:-

“……the visitors who content themselves with what they can see of Broadland from a yacht’s deck can never become really acquainted with the Broads and Broadland life. To gain a real knowledge of these, they must, to some extent, ‘rough it,’ as the early adventurers did; trudge the river walls; associate with the eel-catchers, marsh-men, reed-cutters and Breydon gunners, as well as exploring the dykes which were non-navigable by yachts. There are also the swampy rush marshes where the lapwings and red shanks nested……..spend days with the Broadsman in his punt, and nights with the eel-catcher in his house-boat; crouch among the reeds to watch the acrobatic antics of the bearded titmice, and mix with the wherrymen at the staithes and ferry inns……..If the stranger in Broadland is unwilling to do these things, he must rest content with the outward aspect of the district and second-hand knowledge of its inner life………But there must always be many whom lack of time, opportunity, or inclination will debar them from becoming intimately acquainted with the scenery, inhabitants, archaeology, history, sport, and wild life of this most delightful and interesting district.”

Then there were the illustrators and artists who produced drawings, oil paintings and water-colour sketches of the landscape, the sailing craft, the birds, and the vegetation of the Broads. These ‘interpretations of reality’ were, and indeed still are, exceedingly attractive and capture the full charm of the area. By the very successful process of colour printing they have, for many years, been reproduced in books that did not rely on just wearisome pen sketches or tonal single-colour photographs – although the best of these have found their place.

But it must be said that if one is to understand and appreciate the real, deep laying, beauty of the Broads, it is clearly advisable to also gain at least an outline on the history of this part of the County, from its earliest days, when a great chunk of East Norfolk was the bed of a vast estuary. Close behind came the Roman days when galleys could sail up to Norwich. Then there were the years of great inundation and, at the beginning of the 17th century, the work of reclamation with much of the swamps being drained and the resulting pasture put to profit.

Fortunately, despite all this activity, the Broad’s wild life was not seriously affected when Sir Thomas Browne made his list of Norfolk birds. Then the peewits were so plentiful that cartloads were brought into Norwich and the rustics used their eggs in puddings. Cranes bred, on what is now the Broads, till 1542 and spoonbills nested in 1671. The avocet ceased to breed by about 1825 and the black-tailed godwit’s egg was last taken at Reedham in 1857. At the same time, it used to be believed that the bittern and the black tern would, most likely, never rear their young again in the county of Norfolk – but they have.

We are told about the life of the marsh-folk of old; how the eel-catchers set about their business and made a precarious livelihood; how the professional wildfowlers became an extinct race; and how the marshmen controlled the drainage, looked after the cattle, and made a harvest of the reeds. Much has been pleasantly described, not least about the wild life on Breydon, an area of thirteen hundred acres which remains, strictly speaking, not a Broad, but an estuary to which numerous sea-birds and waders come and go. Many a rare straggler from foreign countries used to be shot there; spoonbills used to appear there every year and even more commoner birds used to, and indeed still do, visit the Breydon flats at the seasons of migration. It used to be said that an old Victorian gunner boasted that he once secured over a hundred dunlins at one discharge of his punt-gun. Although Breydon is not a Broad, there are about fifty pieces of water, some, of course, small pools, which are called Broads. Hickling, Rollesby, Ormesby and Barton are good examples, each having an area of over two hundred acres, with eight others of the best-known broads, each more than a hundred acres in extent. Such a district has much to make it attractive to animals, plants and humans!

On the subject of ornithology, nests of the marsh harrier can still be found and, certainly, the Montagu’s harrier was known to have been present on the Broads in past years. However, one big complaint used to be expressed against the gamekeeper’s ‘pestilent activity’ which if not restrained, would doom many species, including the ‘ruff and the reeve’ sandpipers. 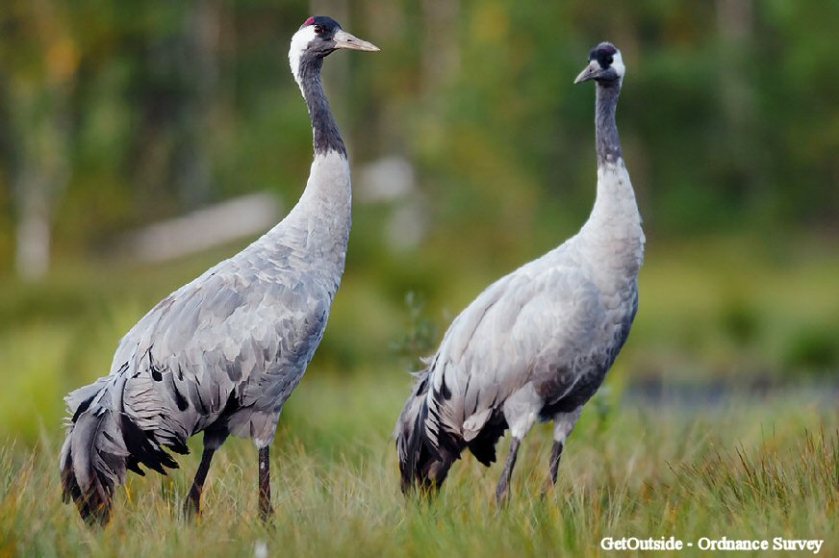 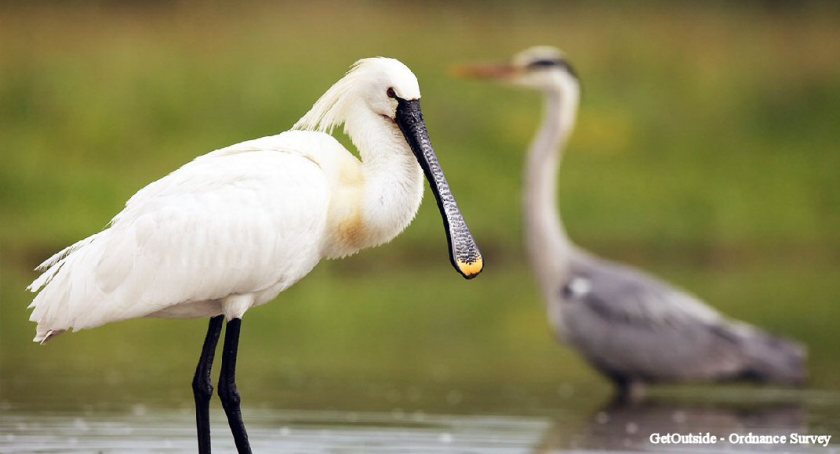 Entomology is another specialism which has always thrived on the Broads and written about; the precursor to the preservation of the species, such as that of the swallow-tail butterfly which in the past had been on the verge of becoming very rare, if not extinct. At one time, this would have been due to the insatiable greed of collectors and also to the draining of places where the hog’s-fennel, on which the caterpillars feed, once grew abundantly. On the other hand, the greatest treasure still to be found in Broadland is the moth, Fenn’s Nonagria typhae (Bullrush Wainscot) which was first discovered way back in 1834.

Then there is the ‘pond life’ which has been described as a rather vague branch of natural history for it deals in the ‘research of pond life which takes the seeker, who is after knowledge, into a world totally different to that in which he may otherwise have lived.” However, for such a person to study the rotifers and polyzoan, a microscope is needed which few visitors to the Broads are likely to possess.

Then there is Botany, another of those subjects which is more likely to be studied by the intelligent tourist. In the past, popular interest in plants was almost confined to orchids and ferns which suffered accordingly. Ammophila arenaria, is a grass which did spread from the sand-hills of coast and would not have competed with the flowering fern (Osmunda regalis) had it not itself been exterminated in many spots by past fern-gatherers. Neither should it be forgotten that the small orchis (Spiranthes autumnalis) used to be dug up by ‘wretches’ armed with trowels.

In total, the natural features of the Broads, and its geological history, differ so greatly from those of other parts of England. We are told that its earliest strata was cretaceous, but goes back only to the comparatively recent geological period when East Anglia, like the rest of Europe, was under the sea. Nature, assisted by man, is still at work. But one should not forget that in the past, owing to the deposition of mud, the drainage of swamps, and the effects of tidal currents, the Broads were in danger of slowly, but surely, vanishing. Fortunately, in these days of ‘enlightenment’ that is no longer the case.

But, the Broads have always been much more than that described above. Nothing has yet been said about prehistoric men who made the flint implements which have been discovered in the valley gravels of the Upper Waveney. Then there is yacht-racing which was once known as “water frolics” and dates back to the 18th century, whilst “regattas” and “yachting” as we understand them are inventions of the 19th century. Fishing, we are told, is not what it used to be on the Broads but good bream fishing may be had in some places – the worst of the bream is that it is useless when you have caught it. Perch is even less abundant. On the other hand, pike fishing is excellent in winter, and it has been known for the occasional 36 lb specimen to be caught. Roach, we are again told, remain abundant but Rudd, which will take a fly, give better sport in places like Barton Broad and in some parts of the Bure. Wild-fowling and free shooting used to be a popular pastime, but has long been restricted if not banned. Snipe, redshanks, and plovers were once at the mercy of a reputed twenty or thirty gunners who made a living on Breydon water; these have long disappeared and life has been allowed to flourish and move on.

FInally, for the statistically minded, the area covered by the Norfolk Broads is estimated to be 303 square kilometres (117 sq mi), most of which is in Norfolk, with over 200 kilometres (120 mi) of navigable waterways. There are seven rivers and 63 broads, most less than 4 metres (13 ft) deep.

Norfolk, United Kingdom
Please make use the appropriate buttons below to follow us on Facebook and to receive email notifications about new postings.
Join 367 other followers