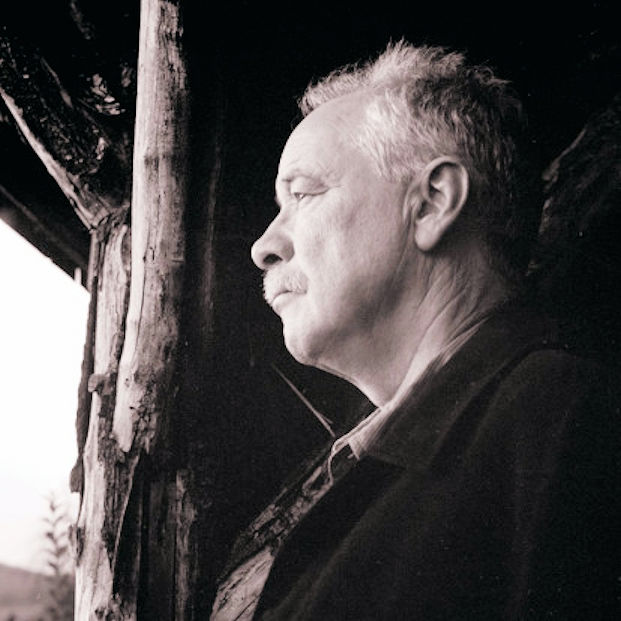 Let’s start at the end – the moment when ‘Max’ (he liked that) Sebald died; it happened when he was driving on the A140 near Norwich in December 2001. The coroner’s report, which took six months to publish, stated that he had suffered an aneurysm at the time and had died of this condition before his car swerved across the road and collided with an oncoming lorry. He died three days after his final class at the University of East Anglia (UEA). His daughter, Anna, was with him in the car but survived the crash. Sebald was buried in St. Andrew’s churchyard in Framingham Earl, close to where he lived.

But that was then. What preceded it was a very distinguished literally life, on which many other writers and critics have theorised and eulogised. The purpose of this blog is not to try and emulate this gentleman but to simply lay out some interesting information behind his life as documented by others. His experiences and upbringing which influenced everything else that followed, particularly his writing. 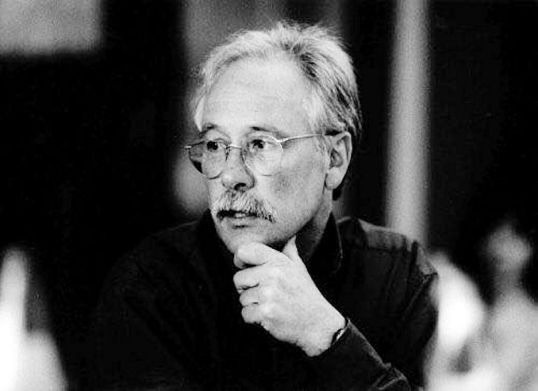 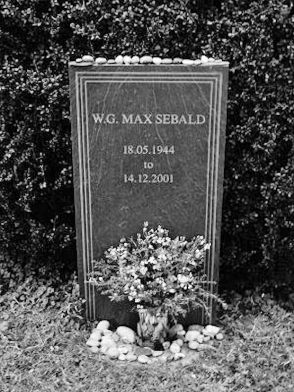 At the time of his death in 2001, at the age of 57, he was being cited by many literary critics as one of the greatest living authors and had been tipped as a possible future winner of the Nobel Prize in Literature. Then in a 2007 interview, Horace Engdahl, former secretary of the Swedish Academy, mentioned Sebald as one of three recently deceased writers who would have been worthy laureates.

We are told that Max Sebald was born on the 18 May 1944 in Wertach, Bavaria and was one of three children of Rosa and Georg Sebald, who came from an intensely Catholic, anti-communist rural world, wedded to local traditions and hostile to foreigners. Eight months before Max’s birth, on the night of 28 August 1943 to be precise, Rose Sebald, née Egelhofer, was returning home from a visit to her husband in Bamberg; he an officer in the Wehrmacht. She got as far as Fürth from where she saw and heard what turned out to be 528 Allied planes bombing the city of Nuremberg, setting it ablaze.  That was the moment when Rosa first noticed that she was pregnant.

Christened Winfried Georg Sebald later took to referring to himself as ‘Max’ – and at the same time seemed to have dropped the use of ‘Winfred’ because he hated the Germanic “mythological pomposity of Winfried”, and because he was to grow fed up with being called out as ‘Miss Winifred Sebald, please’ when he came to England some 22 years later.

Apart from his christening and meeting his biological father, little is known about Max over the next four years; however, one may assume that he was sheltered from the worst of the Second World War. Certainly, between 1948 and 1963 Sebald grew up in his mother’s village of Sonthofen, in southern Germany and located in the Oberallgäu region of the Bavarian Alps near the Austrian and Swiss borders. The pleasant aspects of this site, its countryside and relatively quiet country life allowed Sebald to grow up without any real concept of destruction. However, the bombing of Germany was to haunt Max Sebald’s adult life, as witnessed by most of his fiction. Quite ironically enough, he was to lived for almost thirty years in the East Anglian region of England, where many of the British planes took-off on their war-time sorties over Germany.

Sebald was not yet three years old when, around early February 1947, the family travelled to Memmingen to greet his father Georg Sebald, who the child had never seen. His father, a rather detached figure said nothing about ‘his’ war. Family silence and forgetting seemed to be conditions of Segald’s early life. His father had joined the Reichswehr in 1929 and remained in the Wehrmacht under the Nazis throughout the war; now he was being released from a French prisoner of war camp. He was part of a moment in the lives of German families that took place from the end of hostilities until 1956 when the last German prisoners were finally released from custody. The returning father was to offer his children nothing; it was said that he was morally and physically diminished, weighing less than 50 kilos, but remaining authoritarian and demanding. He appeared the stern usurper in a family benevolently ruled by Rosa, the mother, Max’s oldest sister Gertrud, and his doting maternal grandparents, Theresa and Josef Egelhofer; Josef, the grandfather, became the most important male presence in Max Sebald’s early years. In a sense, it was Josef Egelhofer who was in reality Sebald’s “true” father, someone who had served as village constable in Wertach from the early part of the 20th century until his retirement in the 1930s. From the account of Mark M. Anderson, writing in February 2015, Max Sebald’s grandfather was:

“….. a sensitive, gentle, humorous man, [who] never received much formal education. But he was intelligent and curious, particularly about the physical world around him. Gertrud Sebald calls him a “natural philosopher”. The retired Egelhofer, whose profession had required him to patrol the surrounding region on foot, took his grandson on long walks, teaching him about mountain flowers and herbs, meteorology, geology, but also about the village residents whose life stories he knew so well. He is Sebald’s first and most beloved mentor, a role that was strengthened by the absence of his son-in-law Georg, [Max’s father] who worked in a neighbouring town and returned home only on weekends until 1952. Egelhofer died in April 1956, on the night of a great snowstorm, a few months before his grandson finished elementary school. His death will leave perhaps the largest imprint of any single event in Sebald’s inner memory. His first novel, written during his university studies but never published, turns on the long description of the grandfather’s funeral and burial.”

Sebald studied German and English literature first at the University of Freiburg and then at the University of Fribourg in Switzerland, where he received a degree in 1965. The move from Freiburg to Fribourg marked the break with Germany and the beginning of his emigration, first in Switzerland and then in England, where he will live until his death in 2001. Again, Mark Anderson writes:

“It didn’t start as a deliberate plan to emigrate—the move to Fribourg was prompted by his desire to escape the stuffy, morally compromised environment of the German faculty members at Freiburg University, where he had initially studied. During his stay in Fribourg, Sebald completes his Master’s degree with distinction in nine months in French (a language he had hardly studied beforehand), working with a Viennese professor who had opposed the Nazis and emigrated to Switzerland before the war. Here begins Sebald’s connection to victims and exiles of the Nazis, which continues in important relationships in England, where so many persecuted German Jews had found refuge. Just as importantly, the stay in Fribourg will teach him what life in a foreign country and language can offer in the way of inner freedom and relief from his generation’s burden of Germany’s war crimes—a burden made simultaneously more self-conscious and lighter by living among non-Germans. Emigration was part of the family DNA. All three of Sebald’s maternal aunts and uncles emigrated from Germany in the 1920s to the United States and remained there until their deaths; Sebald’s own two sisters, Gertrud and Beate, moved to Switzerland early in their lives and reside there today. But emigration was also part of his generational heritage as a child born during or just after the war, the generation that will come of age during the 1960s and, quite often, seek their fortunes abroad.”

Thereafter, Sebald became a Lector at the University of Manchester from 1966 to 1969, then returned to St. Gallen in Switzerland for a year hoping to work as a teacher but could not settle. Sebald married his Austrian-born wife, Ute, in 1967. In 1970 he became a lecturer at the University of East Anglia (UEA) in Norwich, Norfolk. There, he completed his PhD in 1973 with a dissertation entitled “The Revival of Myth: A Study of Alfred Döblin’s Novels”. Sebald acquired habilitation from the University of Hamburg in 1986. In 1987, he was appointed to a chair of European literature at UEA. In 1989 he became the founding director of the British Centre for Literary Translation. He lived at Wymondham and Poringland while at UEA.

In the winter of 1983, while living in Norwich, Sebald received news from his mother of the suicide of a beloved elementary school teacher named Armin Müller. Rose sent him newspaper clippings reporting the gruesome death—the retired teacher had lain down on the railroad tracks just outside Sonthofen. Through these cuttings Sebald discovered that Müller had been a victim of the Nazis during the 1930s. As a quarter Jew he was barred from teaching German children early in the Nazi regime; but, paradoxically, he would be drafted by the Wehrmacht in 1939 as a three-quarters German and would serve the Fatherland for six years. Sebald’s discovery of a conspiracy of silence perpetrated by parents and teachers about the town’s true involvement in Nazi persecution created mixed emotions, from fury at being lied to as a child to feeling guilty about mourning for a beloved teacher whose true identity and past persecution he never properly understood.

On 27 January 2012, an independent documentary film was premiered in London celebrating W. G Sebald, the University of East Anglia lecturer and writer. He, who was known to friends as ‘Max’, taught at the UEA for more than thirty years, until his death.

The film ‘Patience (After Sebald)’ was made to coincide with the 10th anniversary of his death on the A146 near Norwich. In it, Grammy nominated film maker and director Grant Gee followed the journey taken by the author through East Anglia in his book ‘The Rings of Saturn’. Grant Gee said the book was unclassified, with elements of travel writing, local history, memoirs and fiction all combined. ‘What started off as an everyday summer holiday walk became a moving, very strange story about the end of all things’

After so many years of living in East Anglia Max seemed to have developed a feel for its idiosyncratic way of life, an area in which he was an inveterate walker and connoisseur of the isolation of a place which has been left largely untouched. ‘There was not even a decent autobahn in East Anglia, and that suited him fine.’

“Tales from the Vienna Woods was written by a Hungarian writing in German, who escaped before the Nazis invaded. He was exiled to Paris where, after consulting a clairvoyant who warned him to avoid the city of Amsterdam, never to ride on trams, and on no account to go in a lift. He was walking on the Champs Elysées when the branch of a tree fell and killed him.”

Someone once asked Max Sebald where he felt he belonged? He thought that to be “a very good question”. His reply – “I would be very relieved if you could tell me”.

The Collected ‘Maxims’ of W.G. Sebald