Robert Potter, was born in 1721 in Podimore, Somerset, the third son of John Potter (1676–1723), Prebendary of Wells. His mother was descended from the Liversedge and Newborough families of Somerset. According to Potter’s own account he was educated by his father, and at Sherborne, before moving on to Emmanuel College, Cambridge, in July 1737.

Potter took his degree in 1740, and graduated BA in 1742. He was ordained by Bishop Wynne of Bath and Wells, and served briefly as ‘chaplain to a colony of colliers at Ashwick on Mendip’. It was also in 1742 when Potter’s friend, Bishop Richard Hurd, was made fellow of Emmanuel College at Camberidge, and he offered his curacy of Reymerston, Norfolk, to Potter.

Hurd also used his influence to secure for Potter the vicarage of Melton Parva, or Little Melton, which lay east of Great Melton and some four miles west by south of Norwich. The Melton Parva parish contained in excess of 300 souls, and 600 acres of land, mostly belonging to the Lombes, Franks, and the Great Hospital in Norwich. The Church of St Mary & All Saints at Little Melton was of a thatched fabric at the time with a square tower and three bells. Its great tithes and 60 acres of rectorial glebe belonged to Emanuel College. All this, together with the patronage of the vicarage, was given by Bishop Hurd to Potter, but it was one of the poorest college livings, providing a combined annual income of less than £50 to Potter. Nevertheless, he took it.

Potter married Elizabeth Colman (d. 1786), daughter of a neighbouring clergyman, and the couple had nine children, several of whom survived into adulthood. Much of their life was spent in attempts by Potter to curry favour with the rich and powerful in order to secure a better living so that he could support his ever-growing family. In this, he was only partially successful, obtaining a succession of poverty-stricken livings and falling deeper into debt. It was not until 1788, two years after Elizabeth’s death, that Robert secured financial independence.

In 1754 Potter was presented to the rectory of Crostwight, and in June 1761 also became the master of the Scarning Free School, increasing his income to £90. Potter’s appointment there did cause a riot by the local populace who had favoured another candidate; however, in time he was to achieve considerable local respect. The following year he was also appointed curate of this parish, but had to resign Reymerston. He likewise held two livings in Somerset, but claimed they cost him more than they brought in. 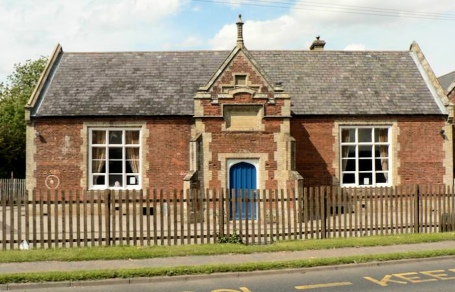 His Literary Achievements:
Potter was to gain a literary reputation among the Norfolk gentry and their patronage to publish his poetry. He also ventured into religious controversy with his sermon ‘On the Pretended Inspiration of the Methodists (1758)’, which attracted sufficient attention to elicit rejoinders by John Wesley and Cornelius Cayley. These he answered in An Appendix to his sermon, but such controversy was not to his taste. He likewise dabbled in politics and took an active part in the unsuccessful re-election campaign of Sir Armine Wodehouse, 5th Baronet in 1768; Wodehouse had been first elected to Parliament in 1737 and held the seat until 1768. 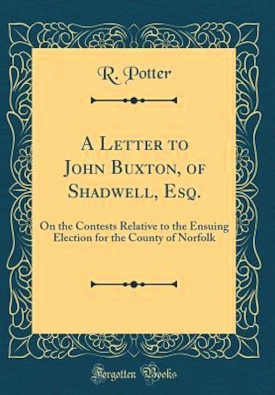 Potter also wrote ‘A Letter to John Buxton’, one of the many anonymous pamphlets published in Norwich at that time, plus various election squibs, which attracted acrimonious responses. However, in later years he made no mention of such publications, and tried to play down his political activities. In 1775 Potter became involved in a campaign to establish a workhouse in the Mitford & Launditch hundred, and published a graphic account of the plight of the rural poor, which, according to the Norwich Mercury, caused an inquiry to be made into the existing Suffolk and Norfolk houses of industry.

Potter however achieved fame through his blank-verse translations of the Greek tragedians. His edition of Aeschylus was published to great acclaim in 1777 and brought him to the notice of London literary society. Elizabeth Montagu befriended the poor curate, and encouraged and financed him to produce a commentary on the plays which was presented to subscribers, and then included within a second edition in 1779. It was in 1779 when Potter assisted Hans Stanley, a British diplomat and politician, with a translation of Pindar’s Odes – in the hope that, in return, Stanley might secure him a more prosperous living. Whilst their collaboration was a success and the task completed, this hope was dashed when Stanley, in a fit of depression, committed suicide. It happened while he was on a visit at Althorp on 12 January 1780; he committed suicide by cutting his throat!

Further disappointment followed during 1781 and 1782 when Potter published his translation of Euripides in two volumes – it had to compete with Michael Woodhull’s version. As a result, the work was not a financial success, and despite promises, no preferments were forthcoming from his literary friends. He decided to abandon Greek tragedy, and rather translate one of the Pindaric odes with an accompanying essay on contemporary lyric poetry. Under Mrs Elizabeth Montagu’s influence this work was transformed into one of the chorus of pamphlets attacking Johnson’s ‘Lives of the Poets’ published during 1783, although it was the most thoughtful and well-argued of these. (Potter’s mixed views of Johnson’s work were later elaborated in his The Art of Criticism, 1789.) In 1785 he translated two odes from the book of Isaiah, but it was not long before encouragement was forthcoming for him to complete a new translation of Sophocles. This was published early in 1788 and was moderately well received.

It was shortly afterwards when Potter received an offer from Lord Thurlow of a prebend’s stall at Norwich, with a stipend twice his existing income. He retired from his offices of schoolmaster and curate at Scarning, plus all his other livings, and graduated as MA. In June 1789 Bishop Bagot also presented him with the extremely valuable vicarage of St Margaret’s Church, Lowestoft, where he moved in 1790. His old age was spent in comfort and prosperity. He published two further commemoration sermons, in 1793 and 1802, the first of which attacked Thomas Paine’s Rights of Man, and died quietly at the vicarage on 9 August 1804.

According to the antiquary Craven Ord, Potter was ‘rather an entertaining and well-behaved gentleman with some singularities of thinking’; his correspondence shows him to have been witty, kind, and thoughtful. Yet his considerable abilities were for many years unrecognized by his contemporaries and his wish to ingratiate himself with the rich and famous sometimes excited their contempt. There are several surviving anecdotes of his having been snubbed or otherwise humiliated by, among others, Dr Johnson and Lord Thurlow. He was however well loved by his parishioners at Lowestoft who subscribed for a mural monument to his memory, placed in the churchyard.